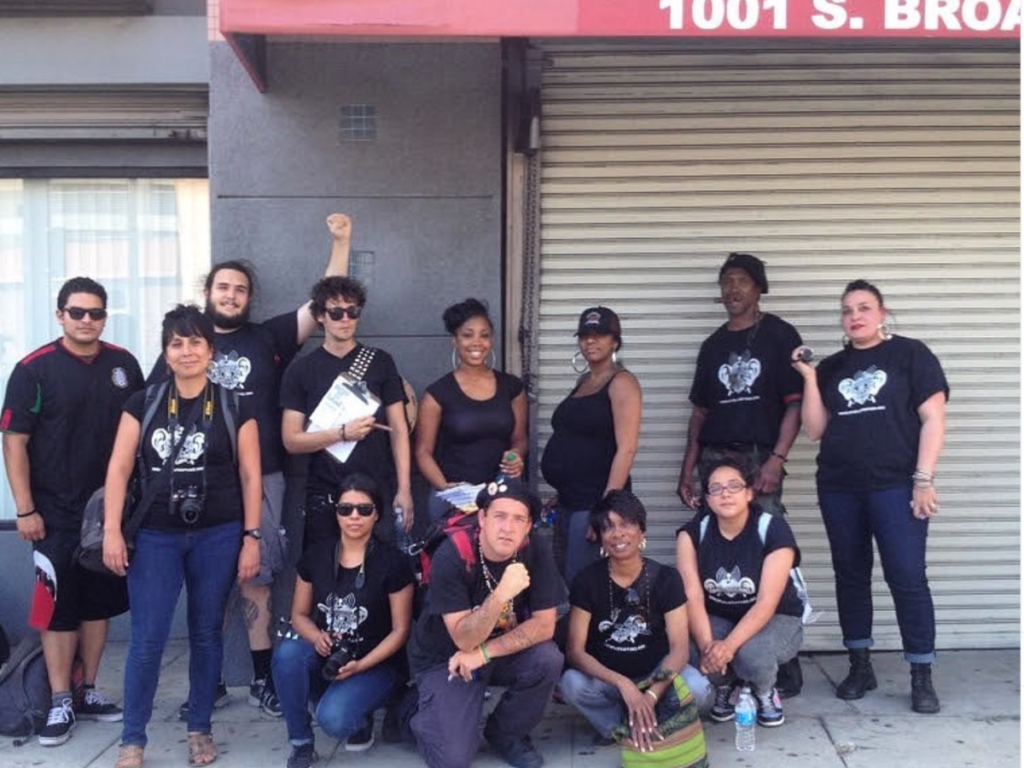 This year marked a decade since the Stop LAPD Spying Coalition formed in 2011. Our first meetings took place on the streets and in homes, as community conversations about what surveillance, privacy, suspicion, and spying meant to different people. Those conversations gave rise to organizing, with our early membership including youth, day laborers, immigrants, formerly incarcerated people, academics, undocumented people, unhoused people, artists, lawyers, journalists, students, and faith-based and community organizations. Over the years, we have helped lead movement-building to expose and dismantle the police state in Los Angeles and across the globe.

All our work is accountable first and foremost to an organizing base made up of those who are most vulnerable to police violence, particularly in the Skid Row community where we are located. We work to build power among that base and across the city. Collective study and community research are crucial to our work, decolonizing “expertise” about surveillance and policing. Our wins over the decade have included:

Throughout all that work, our central goal has been building a strong and responsive culture of resistance and grassroots self-defense in Los Angeles. We have over the years had significant, outsized impact using grassroots funding, in-kind donations, and occasional grants. In 2017, a study by the Los Angeles Community Action Network estimated that we benefit from over 300 hours of in-kind donations from community volunteers every week, worth $350,000 per year in volunteer time. In addition to all our volunteer work, in 2021 we were able to hire a full-time attorney to work on community lawyering, writing, and research, as well as two full-time community organizers. In 2022, we hope to continue funding these three positions as well as to hire a full-time research coordinator and to expand our community-based research of the police state.

Thank you for being part of our journey toward abolition over the past decade. Our work is largely funded through community donations, and your support sustains all our research and organizing. Please consider including us in your end-of-year giving, as well as setting up a recurring donation.