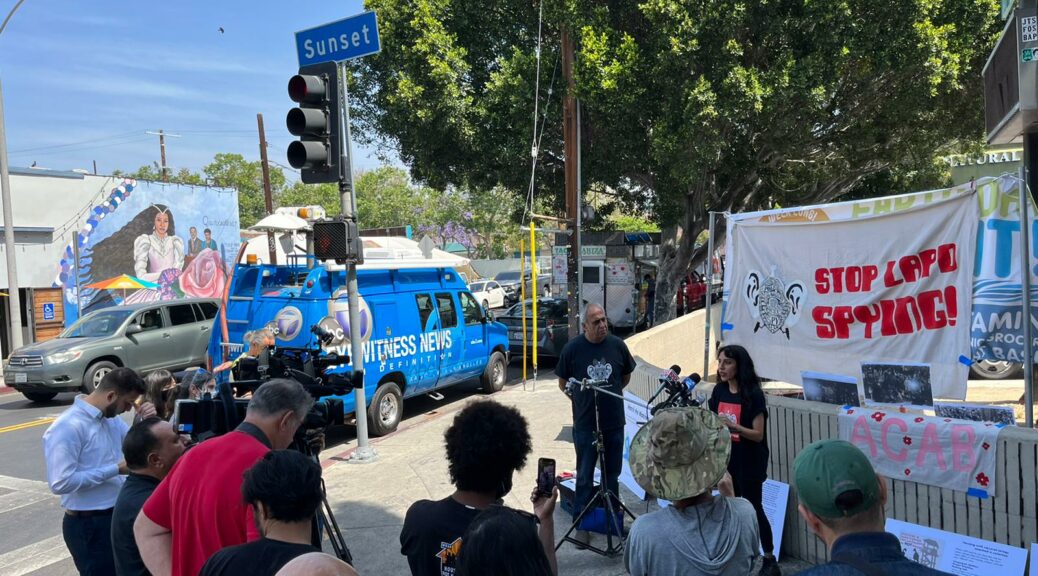 The Stop LAPD Spying Coalition has filed a new lawsuit confronting LAPD’s refusal to disclose records reflecting the location of surveillance cameras supposedly monitoring all activity in Echo Park Lake. The lawsuit can be read here. The city says these cameras were installed after LAPD’s violent assault on Echo Park Lake in March 2021. That operation … END_OF_DOCUMENT_TOKEN_TO_BE_REPLACED 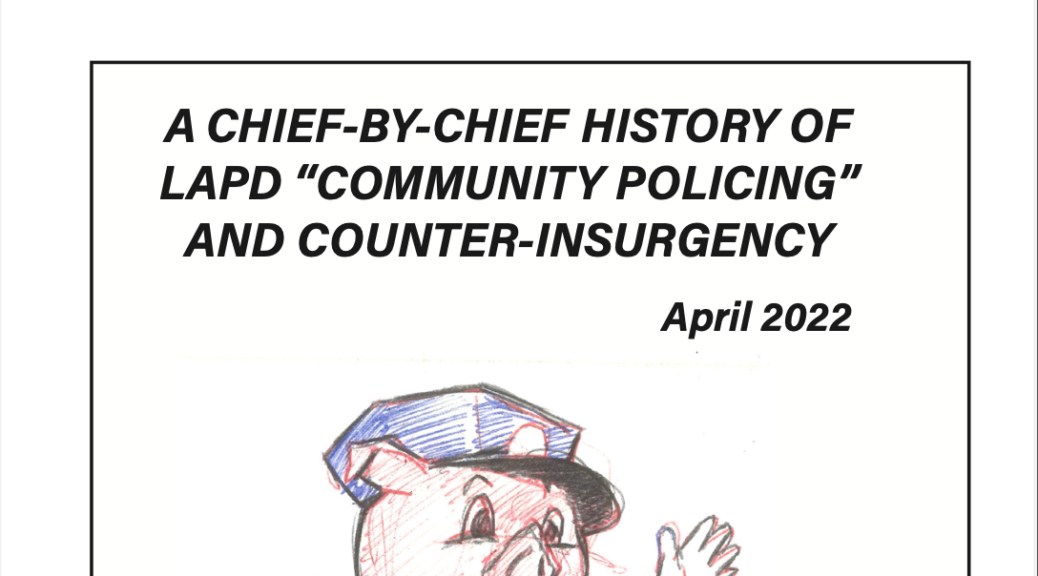 Check out our newest zine A CHIEF-BY-CHIEF HISTORY OF LAPD ”COMMUNITY POLICING” AND COUNTER-INSURGENCY to learn more about how LAPD chiefs have used community policing over the past century to deflect criticism, infiltrate our communities, and secure resources, culminating in the community policing we see today. DIGITAL PDF PRINTABLE PDF

Read our article with Palestinian Youth Movement, originally published in “The Terror Trap: The Impact of the War on Terror in Muslim Communities Since 9/11” (convened by the Coalition for Civil Freedoms, The Bridge Initiative, CAGE, the Center for Islam and Global Affairs, the Muslim Justice League, ICNA Council for Social Justice, and United Voices … END_OF_DOCUMENT_TOKEN_TO_BE_REPLACED

We are community groups writing to oppose LAPD’s pending demand for a $213 million increase to its operational spending for Fiscal Year 2022-2023. If approved, this would be LAPD’s largest ever funding increase. Last November, the Board of Police Commissioners voted to approve this spending increase barely one business day after LAPD released its 687-page … END_OF_DOCUMENT_TOKEN_TO_BE_REPLACED

STATEMENT FOR IMMEDIATE RELEASE by Los Angeles Community Action Network and Stop LAPD Spying Coalition Mayoral candidates are starting to trot out their “public safety” proposals. While some of the rhetoric and outward dressing varies, the substance across the board all appears to be the same: vows to increase police hiring and spending at the … END_OF_DOCUMENT_TOKEN_TO_BE_REPLACED

August 2016 letter from American Federation of Teachers AFT written against the FBI’s “Don’t be a Puppet” program, which was part of the overall CVE/PVE programs. 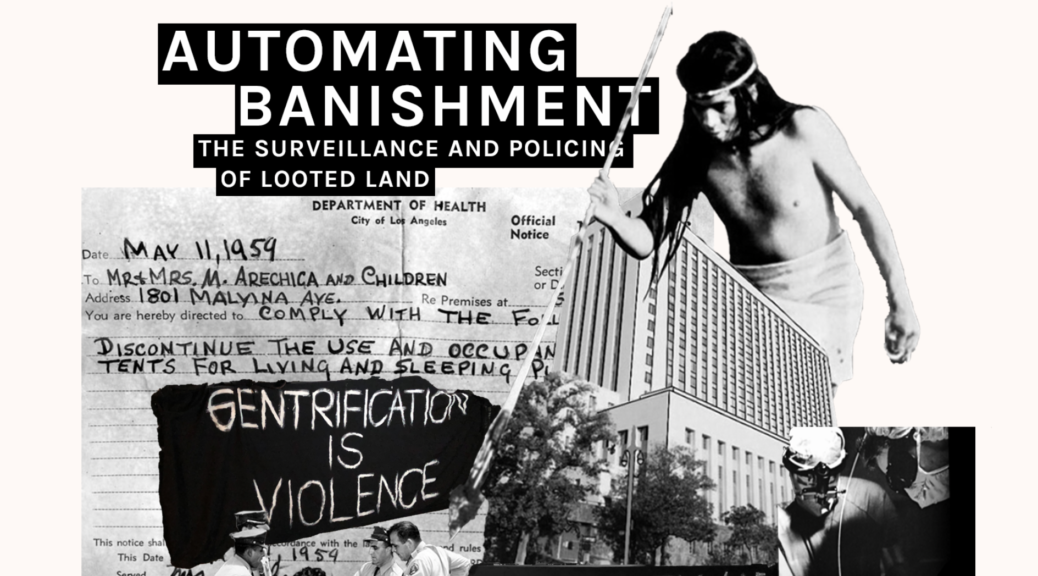 Read Automating Banishment: The Surveillance and Policing of Looted Land, our new community-based report on the relationships between “data-driven policing” and real estate development, displacement, settler colonialism, and conquest. The report is available with interactive maps at automatingbanishment.org. You can also download a pdf of the report or download a short summary. This community-based report … END_OF_DOCUMENT_TOKEN_TO_BE_REPLACED