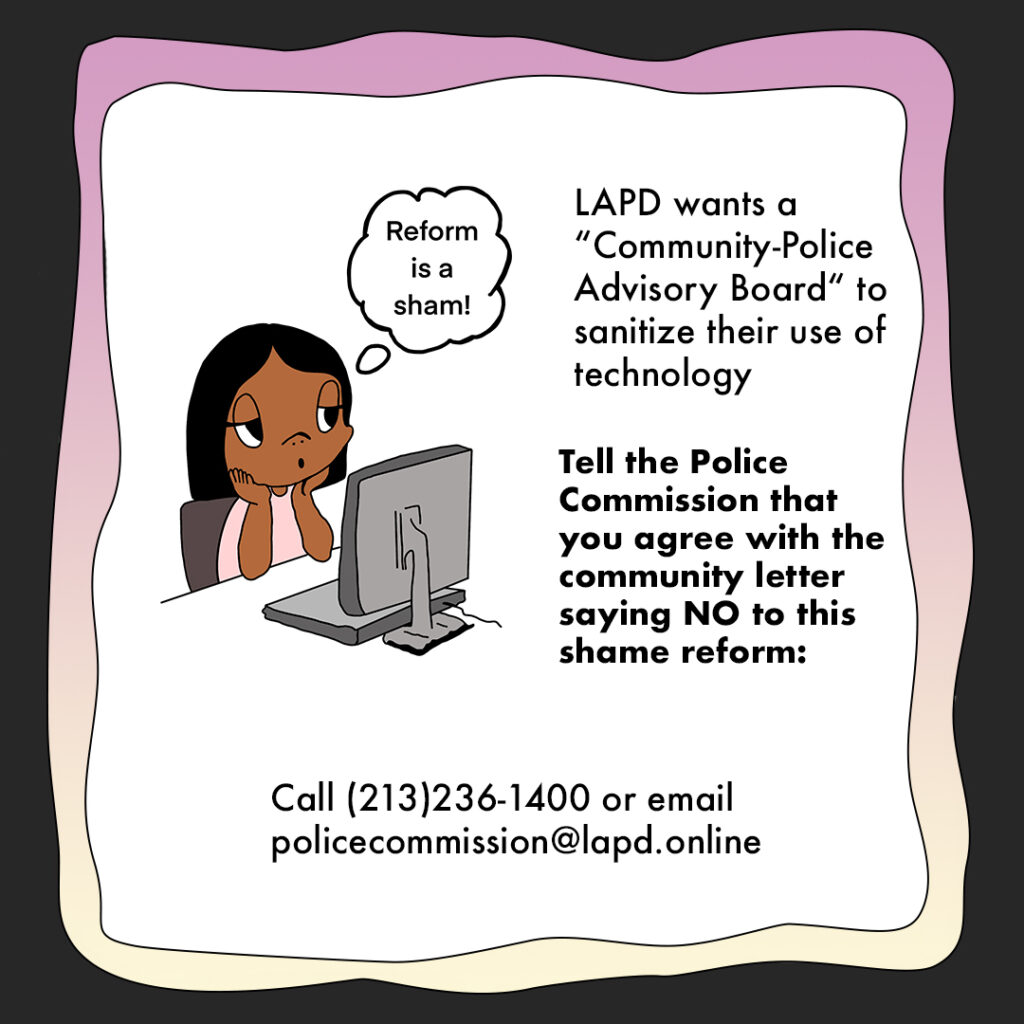 Today we and over two dozen other organizations representing a wide array of communities across the city publicly rejected an LAPD proposal to establish a Community-Police Advisory Board (CPAB) over police technology. The organizations rejecting this proposal include Children’s Defense Fund California, ACLU of Southern California, Community Coalition, Youth Justice Coalition, Los Angeles Community Action Network, Black Lives Matter LA, and Dignity and Power Now, all of whom work to confront the intersections of racial injustice, state violence, and police violence. Read and share the letter here.

Opposing this proposal in its entirety, the letter states: “We are aware of no community groups or advocacy organizations based in Los Angeles that have ever demanded these proposals, which the LAPD is trying to pass off as community-generated.” LAPD’s proposal was developed in collaboration with police consultants from outside Los Angeles who have no experience with anyone impacted by LAPD surveillance or any accountability to the communities who do possess that experience.  Today’s letter condemning the proposal states that this proposal’s true purpose is “to secure impunity and political cover for police deployment of technologies that the community has carefully and stridently been mobilizing to oppose.”

Our letter references another letter that the American Civil Liberties Union of Southern California sent to LAPD rejecting a similar proposal last year. Although the ACLU has been pushing a model of surveillance oversight known as “Community Control Over Police Surveillance” across the country, the ACLU of Southern California’s letter rejects the implementation of this proposal in Los Angeles. Read ACLU’s letter here. We previously wrote about proposals like this in our Fuck the Police, Trust the People: Surveillance Bureaucracy Expands the Police State pamphlet and Fuck 12: 12 Reasons We Reject Surveillance Bureauracy zine.