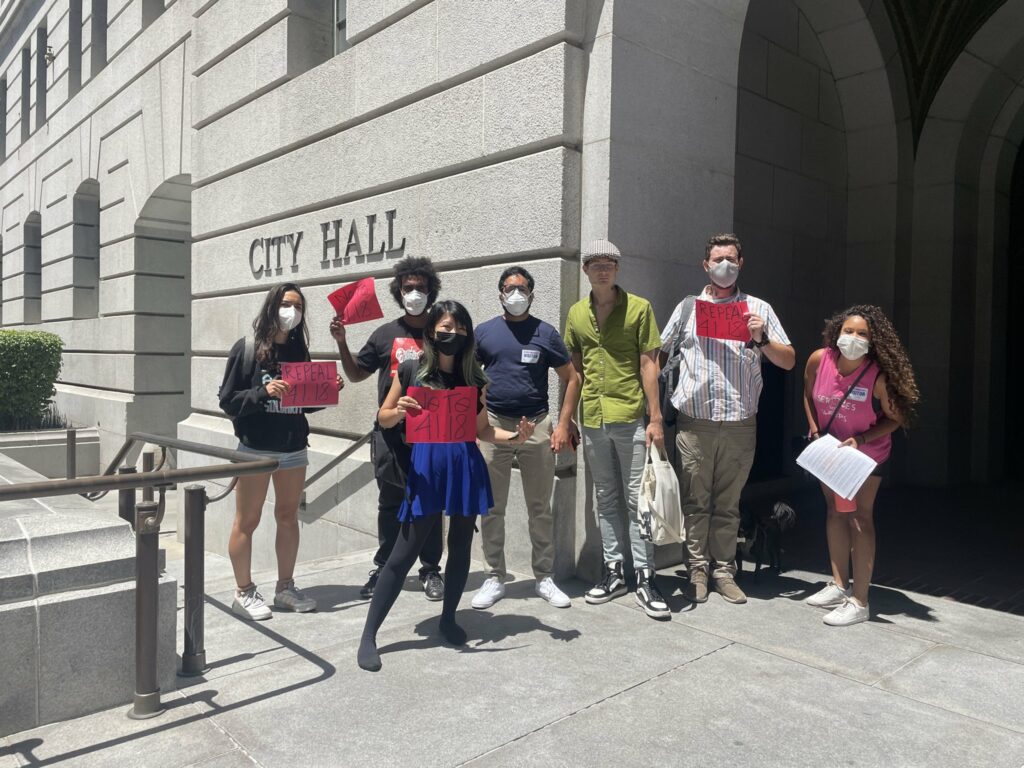 On Saturday (6/25) the Coalition was invited to participate in the Museum of Contemporary Art’s Music/Theory festival. The event was organized by Mandy Harris Williams and Dignity and Power Now. The MOCA hosted a music festival outside that featured performances by artists Sasami, HAWA, St. Mozelle, Sebastian Hernandez, and Mandy Harris Williams. Inside the museum, attendees could find tables and panels held by local collectives. There, various Coalition members spoke to attendees about our work and invited folks to learn more about our work. The Stop LAPD Spying Coalition also participated in a panel discussing abolition where we answered questions about how our abolitionist principles are present in our work.

On Monday (6/27) the Coalition released a letter that included over 20 other local community organizations condemning and rejecting the LAPD’s proposed Community Police Advisory Board over technology. The Coalition spotlighted the involvement of Oakland-based “tech privacy consultant” Brian Hofer in developing this CPAB. The proposed CPAB mirrors a failed attempt at police oversight that Hofer implemented in Oakland. You can read our letter here.

Tuesday’s (6/28) Data Driven Policing webinar shared some of the work our Architecture of Surveillance work group has been doing around new LAPD Surveillance Technologies, like Skopenow. We also talked about the LAPD’s recent contract with Motorola to expand their Records Management System. Peter Polock presented an introduction to LAPD’s Record Management System and how it’s used to criminalize Black and Latinx communities in Los Angeles. We also provided a space for people to share their feelings about the recent striking down of Roe v. Wade. Our Gender and Sexuality Work Group will be continuing that conversation during this upcoming Tuesday’s webinar.

On Friday (7/1) the War on Youth team mobilized against a City Council motion to allocate an additional $100,000 from the Targeted Violence and Terrorism Prevention grant to the LAPD Providing Alternatives to Hinder Extremism program. As the Coalition has raised before the PATHE program will deputize 500 educators, counselors, and school therapists. All the council members except for one voted to approve the allocation. In an episode of expected civic hypocrisy, the council then cited concern over the safety of children in schools when expanding 41.18 to 500ft of any school, ensuring further criminalization of unhoused community members. We continue to fight back!

Later that day the Coalition’s own Shakeer Rahman spent some time talking about recent Supreme Court rulings, and how they directly impact our work during the LA CAN Resident Organizing Committee meeting.

Lastly we wanted to wish a happy birthday to one of our young freedom fighters. Happy Birthday Yoali!!!!