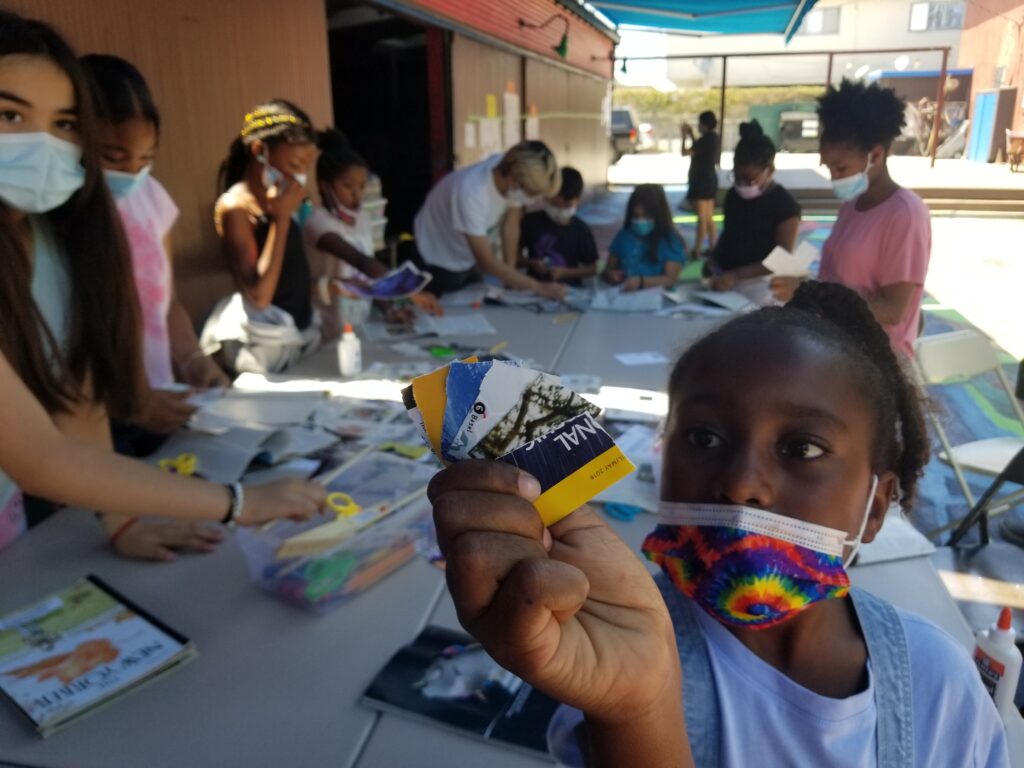 On Tuesday (7/12) the Coalition held our monthly War on Youth webinar. Our discussion was largely about school shootings and the gun control laws that are talked about in their aftermath. We were joined by Civil Rights attorney and friend of the Coalition, Dami. Dami discussed the history of 2nd Amendment legislation, the inherent anti-Blackness in gun control laws, and how we navigate political discourse around gun control.

We also provided an update on our July 1st City Council meeting visit. And concluded with Ni sharing a zine about uprisings and police reform that our Community Policing work group has been working on.

On Wednesday (7/13) we held our monthly Coordinating team meeting. We reported back on the current state of each of our fights and held discussions about potential steps the Coalition may want to take in the upcoming months.

This week the Coalition has been working with first through fifth graders from STEM to the Future’s Freedom Summer Camp. STEM to the Future is a non-profit that works in LAUSD schools to “support Black and Latinx youth as they develop solutions to real world problems such as climate change, public safety, and poverty”. On Wednesday  Akhil, one of the co-leads in the War on Youth fight, led the students in creating a wall sized timeline of human history to show how recently some institutions were created. On Thursday, Akhil introduced the concept of Abolition and helped the students decide what things they would want to abolish. The students then got into groups and created art illustrating what they would want to abolish.

On Friday, Matyos led the youth in a conversation on power. The class talked about the contrasting ways in which the state and our communities used power. The youth finished the day by creating a collage depicting images that they associated with state power and community power.

Friday morning the coalition held space with UCLA’s Million Dollar Hoods – Big Data for Justice Institute. The Coalition spent time discussing our varying fights, and how we implement our collective research model to ensure that community experiences are at the center of our work. Deshonay Dozier and Shakeer Rahman discussed our report Automating Banishment.

Later that day we hosted a pod for the Law for Black Lives- Lawyering for Liberation conference. We streamed the main conference which was held in St. Louis, and then we hosted a local panel in our home at LA CAN that featured Pete White, Hamid Khan, John Raphling, and other local attorneys involved in movement work over the years. We concluded the conversation by singing a surprise Happy Birthday to our legal department. HAPPY BIRTHDAY SHAKEER!

The last thing we did on Friday was support another of LA CAN’s Resident Organizing Committee meeting! It was a fun day filled with music, food, and substantive discussion.