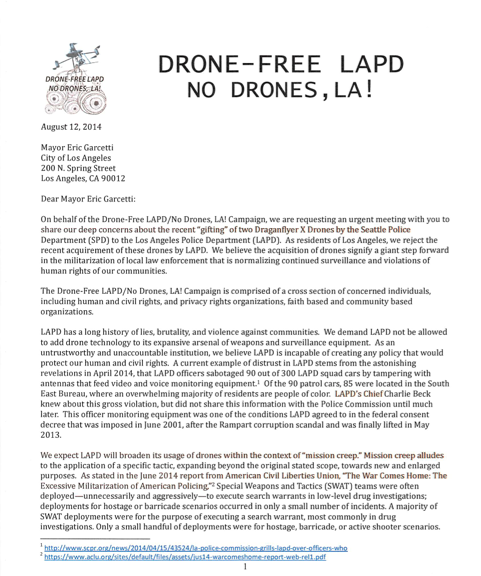 Today we sent a letter to the Mayor of Los Angeles expressing our position, and requesting to have a sit down. It is important for this campaign to recognize that the Police are only one component in the machine of mass surveillance. As our elected official the Mayor should be informed in the topics that affect his constituents.
In this particular case the Mayor has an explicit ability to tell the department:
Los Angeles will be DRONE-FREE!

As we hear more from the Mayor’s office we will update you!

Download the Letter to Mayor Eric Garcetti Re: LAPD Drones