Recently, the Partnership for the Civil Justice Fund exposed documents detailing the level of Fusion Center involvement in the national repression against the Occupy Movement of 2011-2012 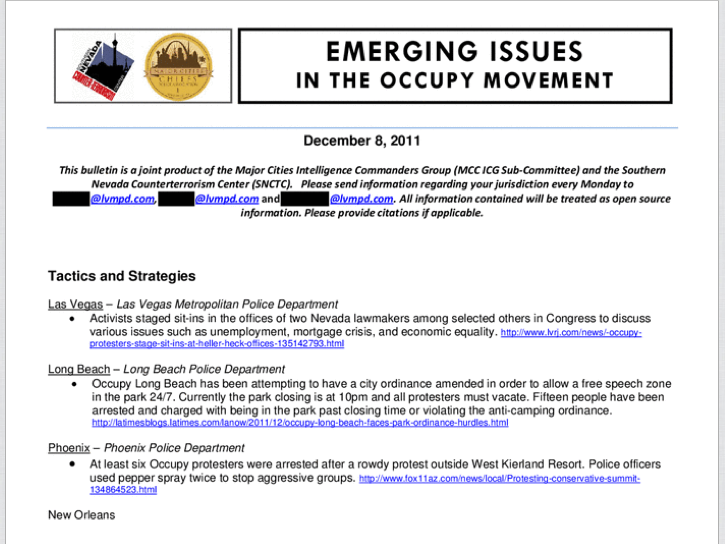 The Stop LAPD Spying Coalition will lead a discussion on Fusion Centers and their role in the surveillance of individuals who are involved in social justice work, movement building, and the continued assault of the ever strengthening surveillance state on activists. We will highlight the recently released reports detailing the level of involvement of Fusion Centers in the national crack-down on the Occupy Movement.  See Our Event on Facebook!

Shahid Buttar from the Bill of Rights Defence Committee created this music video on state surveillance and resistance to it!  Check it out here!

Journalist Glenn Greenwald – who published the NSA Snowden Leaks – will be speaking in Los Angeles on June 19th.

previousSay NO TO DRONES!
nextMeeting TOMORROW 6/17/14