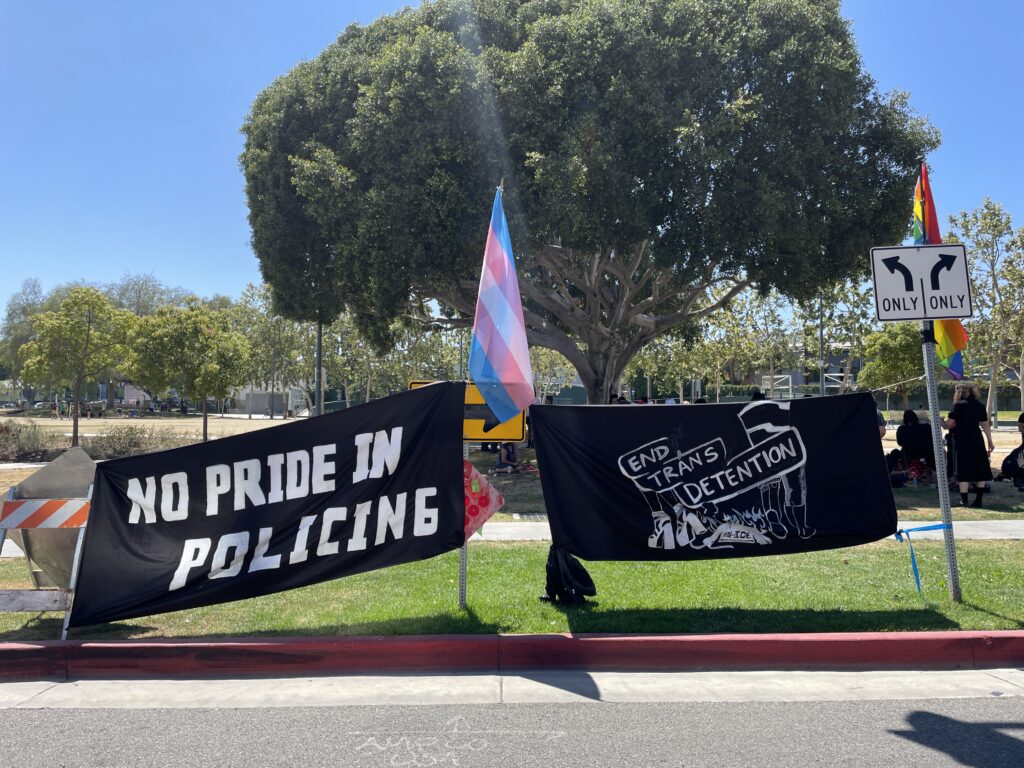 The Stop LAPD Spying Coalition was in West Hollywood last Sunday (6/12) celebrating
QUEERPOCALYPSE with our dear comrade and coordinating team member, Chella Coleman.
Chella with the support of Gender and Sexuality fight leads Ni, Kim, and Mariella organized a
powerful protest in front of the West Hollywood Sheriff’s Dept, uplifting the legacy of Trans Black
and Brown freedom fighters and condemning the involvement of police in mainstream Pride
celebrations. The protest featured incredible performances by local queer artists. The local
deputies made a show of surveilling the action, perched on the roof of the LASD station. The
action was a resounding success with minimal interference from the pigs.

The War on Youth work group held our monthly webinar on Tuesday (6/14). We discussed
recent anti-Trans legislation that weaponizes mandated reporting and child protective services
to criminalize youth. We were lucky enough to be joined by Rumsha, a researcher who has
immersively mapped the harm done by the Los Angeles County Department of Child and Family
Services (DCFS), to discuss DCFS’ history of criminalizing poverty and targeting Black and

indigenous families for separation. Our fight leader and educator Nadia led the group in a
collective strategy session to brainstorm and develop means of addressing real life crises
outside of carceral systems in the classroom.
On Wednesday the Coalition did our regular outreach here in our home in Skid Row. We were
joined by the legendary General Dogon, who helped us discuss police surveillance practices
that routinely target Skid Row community members. We invited local community members to
Coalition meetings, but also amplified LA CAN’s Resident Organizing Committee (ROC).