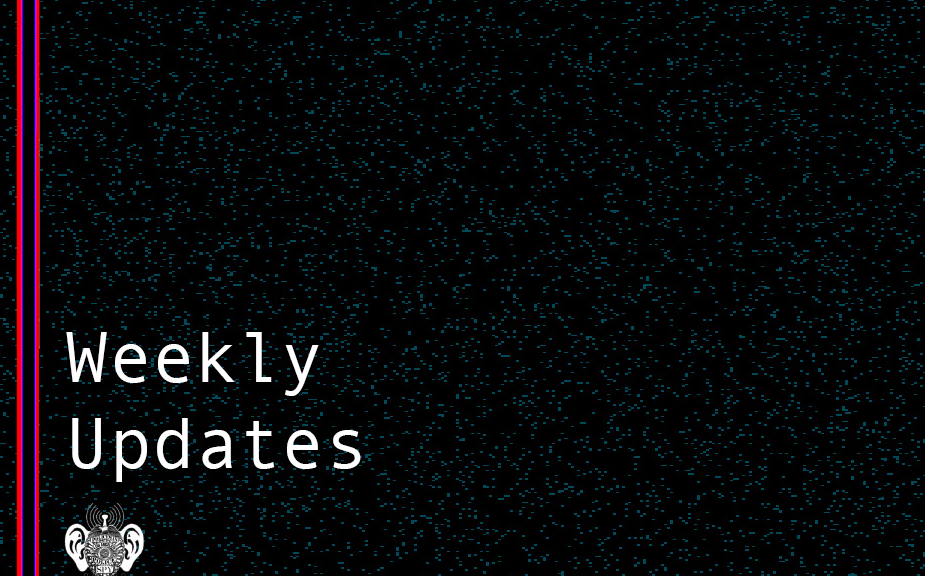 Hey folks! Here’s an update on what the Coalition has been up to this past week!

Last Saturday, 10/2, the Stop LAPD Spying Coalition had the absolute pleasure of sharing space with our affinity partners in reclaiming Echo Park during the Echo Park Community Day. The event was organized by the Coalition in partnership with LACAN, LATU, UTACH, and Street Watch. This day at the park was an opportunity to be in community with former Lake residents and organizations in LA that serve the unhoused. It also gave us the chance to amplify the Coalition’s work to community members by showing off our GIANT timelines of LAPD and US Government Surveillance, brief history of LAPD Red Squad and PDID, and handing out some of our printed materials and zines. Featured prominently at the event was our zine, Blueprint for Displacement:  Breaking Down the LAPD’s Echo Park Rehabilitation After Action Report (whose creation was championed by our very own, Ni, in consultation with Street Watch and LACAN). We spoke briefly about the information presented in the zine and facilitated testimonials from former Echo Park Lake residents with the support of UTACH (Unhoused Tenants Against Carceral Housing).

Hamid and Shakeer provided some information about the Architecture of Surveillance and how it had manifested itself in that park. Shakeer named how the CCTV cameras that surrounded us were tied to Facial Recognition Technology, and how this information was stored in the LACRIS database, readily available for Law enforcement entities to use to criminalize us. After much talking, Hamid invited folks to “get moving” with an interactive scavenger hunt that involved park-goers scouting the location of the 33 CCTV cameras listed in the After-Action report. One group even found 29 cameras, which matched our count when preparing for the event! The activity, while a lot of fun, was meant to help individuals get into the habit of identifying the different components of the Architecture of Surveillance in their daily lives. Needless to say, the event was a hit, with the zine and the activity getting a lot of buzz on social media. We look forward to holding space with our comrades again soon.

Various Coalition members called into the Board of Police Commissioners meeting last Tuesday to call out a contract with JSS for $150,000. As you all know JSS, and their President Craig Uchida were the main architects of the now dismantled LAPD LASER program. After highlighting that granting any money to this racist ass group would be cosigning the racial profiling practices that they perpetuate, the item was unanimously approved by the Board. The Coalition will continue to monitor any developments at the Board of Police Commissioners meetings to combat the expansion of the police surveillance state.

During this past Tuesday’s (10/5) webinar on The Police State and the Criminalization of Gender and Sexuality, Chella and Mariella created a safe and nurturing virtual space and invited us to examine who and what we mourn in the struggle for liberation. Mariella led us in an exercise that allowed us to be more aware of our bodies in preparation for the work of liberation (which for most Coalition members is a lot of writing). After meditating on some prompts provided by our facilitators, attendees were encouraged to write in a free format and share what materialized as a result of the exercise. The activity was incredibly restorative and a refreshing change from the usual teach-in medium attendees may be accustomed to. Thank you, Chella and Mariella, for allowing us to check in and prepare for the work that we are called to do.

On Friday (10/8), the Coalition signed on to a demand letter calling for the full defunding of the LA School Police Department (LASPD) and for the immediate disarming of LASPD and removal of all lethal weapons from all LAUSD employees. The letter was written by our partners at Students Deserve in response to the tragic murder of Mona Rodriguez at the hands of Long Beach School Police Officer Eddie F. Gonzalez and the LASPD shooting of an individual at Carver Middle School. Click here to read the letter and see other orgs that have signed on.