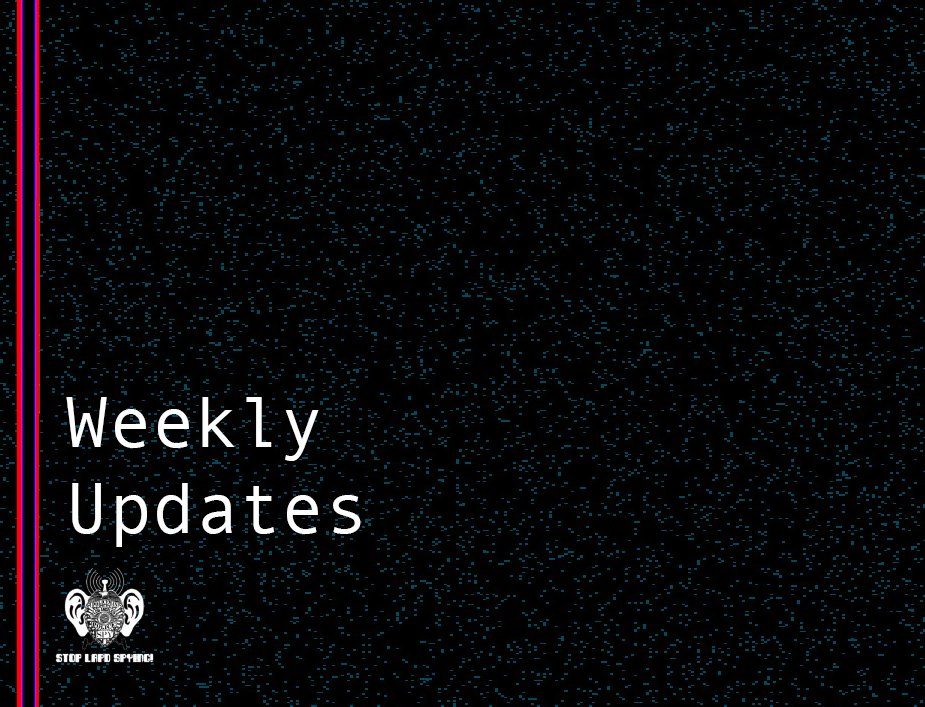 Dear Friends, this week, the Gender and Sexuality Working Group made space for the loved ones we’ve lost, and we were joined by an impacted family member, Mary Williams, to talk about the murder of her grandson, Keith Bursey. The coalition has also been gearing up to release our new report, AUTOMATING BANISHMENT: The Surveillance and Policing of Looted Land.

During last Tuesday’s (11/2) Webinar, Mariella of the Gender and Sexuality working group, led us in honoring Dio De Los Muertos by naming and remembering our trans siblings who have been murdered in 2020 and 2021. After reciting the names of the people killed, the G&S working group invited us to participate in meditation around how we as individuals are working to combat transphobia and working toward trans liberation. Mariella also cultivated a safe space to honor and invite in the people we have personally lost and want to remember as we continue this work. The meeting also included a brief reflection on one of the coalition’s guiding principles.

On Thursday (11/4) the Coalition was honored to be joined by Mary Williams, the grandmother of Keith Bursey, and Melina Abdullah in filming an interview with Mary Williams. Ms. Williams’ grandson, Keith Bursey, was murdered by the LAPD in 2016 inside a LASER zone, and she has been active in the fight to abolish police since her tragic loss. We spoke to Ms. Williams about her grandson, and the criminalization and harassment Black community members experience in Los Angeles. She also talked about how she has seen communities change since the implementation of these data-driven policing programs, and how understanding the targeting of specific communities helped substantiate feelings of harassment she and her community have witnessed. This interview will be part of a series of multimedia materials being developed for the release of our upcoming report AUTOMATING BANISHMENT: The Surveillance and Policing of Looted Land. We want to extend a special thank you to Carla of Street Watch and her brother Anthony for filming this interview, and to Melina Abdullah and BLM-LA for connecting us with Mrs. Williams.

On Friday (11/5), the Community Policing working group met to continue developing materials to show how community policing stems from counter-insurgency strategies and is a reform effort used to gain the community’s assent for further brutalization by police. Community Policing is a particularly insidious means of sanitizing the state’s efforts to surveil and harm community members, especially because of its recent marriage to data-driven policing (as seen in Data-Informed Community Focused Policing). Please contact the Coalition if you would like to get involved in this fight.

The Coalition is so excited to announce the release of our massive (in both length and gravity) report AUTOMATING BANISHMENT: The Surveillance and Policing of Looted Land. The report highlights how the LAPD has used data-driven policing to legitimize and automate this process, leading to the harassment and murder of community members like Grechario Mack and Keith Bursey, by the LAPD. The report will also be paired with an interactive website and map at automatingbanishment.org We’re kicking off the release of the report with a press conference in front of LAPD Headquarters on Monday 11/8 at 10:30 am. Please join us in naming the police-led concerted effort by landowners, policymakers, and corporate developers to banish community members for the sake of land and profit. Then, at 1:00 pm Monday, join us in amplifying the report through a twitter-storm by sending our prepared tweets and graphics at automatinbanishment.org/toolkit. This is only part of a series of programming scheduled for the report, stay plugged in to hear about more events and opportunities to engage.

previousPT 81: Co-opting and Neutralizing Youth Movements for Justice: Counterterrorism and NPIC
nextAUTOMATING BANISHMENT: The Surveillance and Policing of Looted Land