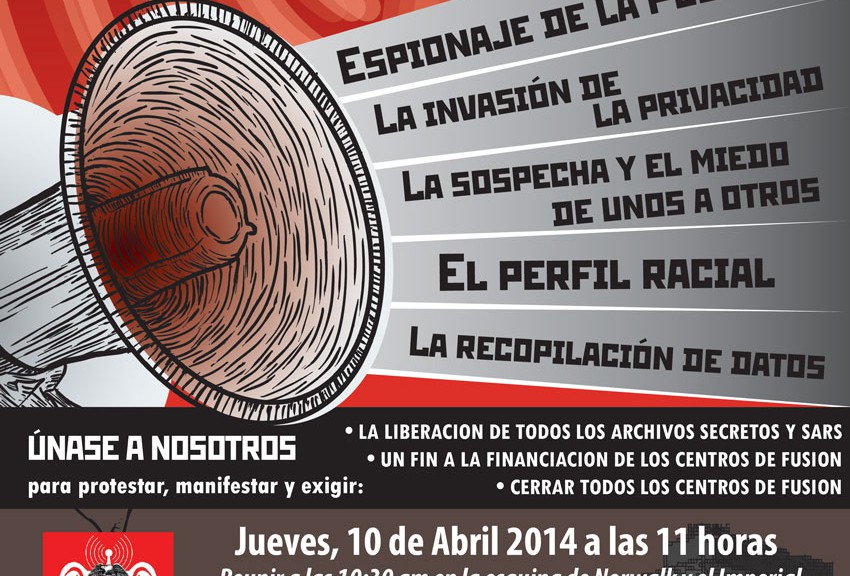 It’s been nearly a year and a half since the Stop LAPD Spying Coalition celebrated a successful disruption of the LA County’s Joint Regional Intelligence Center (JRIC) also known as the Fusion Center.  We shut it down then, now it’s time to do it again! Fusion Centers are collection facilities of vast quantities of data … END_OF_DOCUMENT_TOKEN_TO_BE_REPLACED 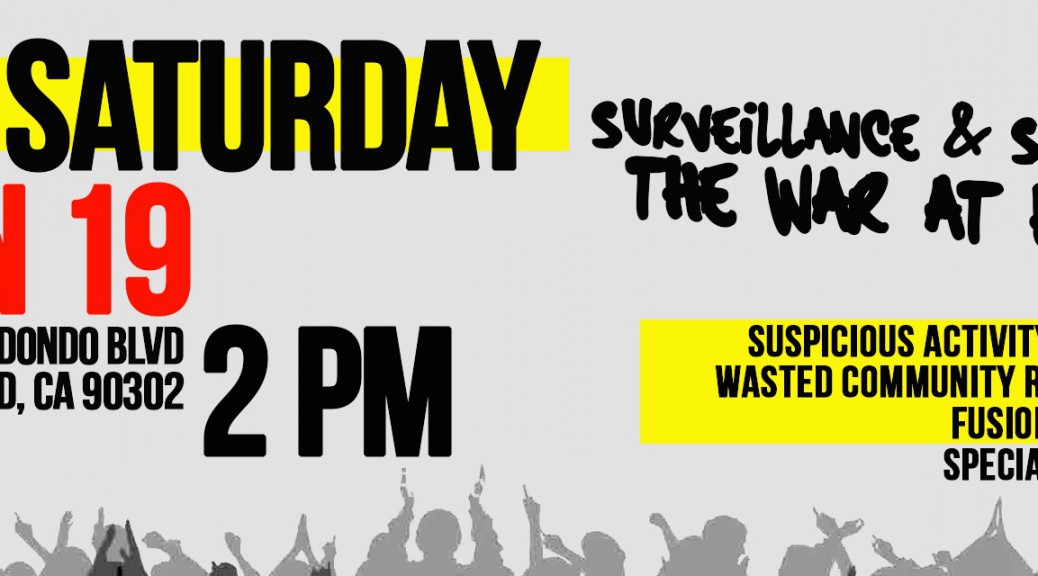 The Stop LAPD Spying Coalition invites you to a Community Townhall on Saturday January 19th, 2013 at 2PM at Chuco’s Justice Center. The “War at Home” has been going on for far too long on our collective human rights. Click HERE to RSVP on the Community Townhall Facebook Event Page. Everyday new surveillance and spying … END_OF_DOCUMENT_TOKEN_TO_BE_REPLACED