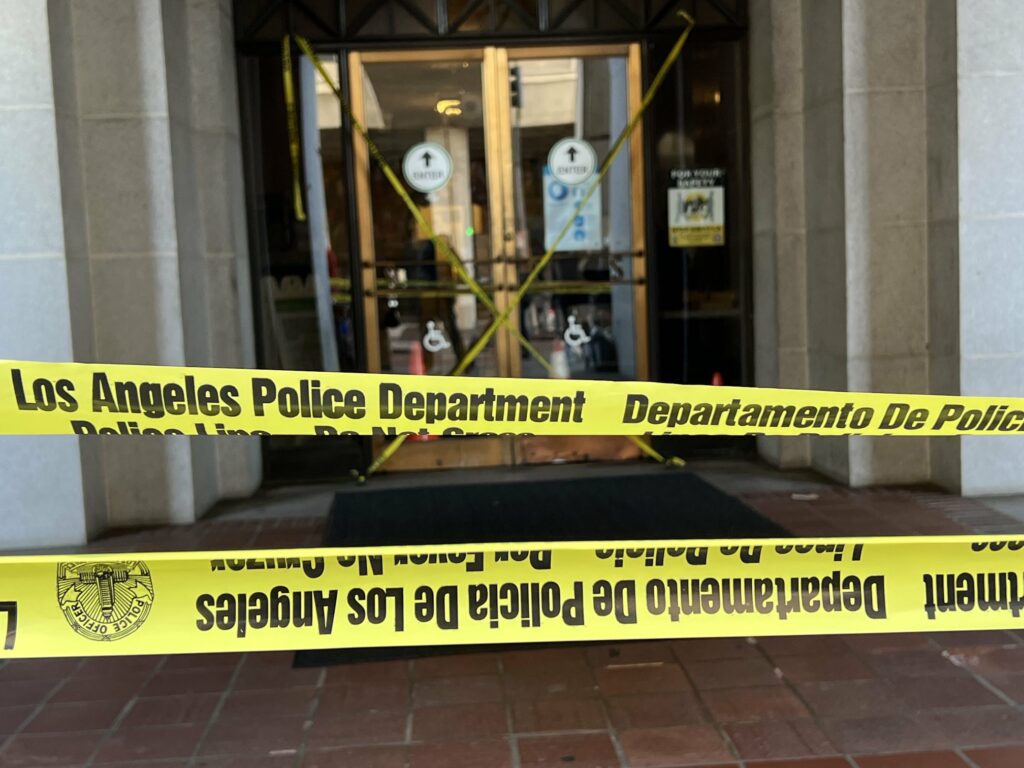 This past Saturday (10/15) Stop LAPD Spying and the Los Angeles Community Action Network (LA CAN) attended the Taste of Soul street festival on Crenshaw. LA CAN and the Coalition were handing out information about our work at the California Black Power Network table at the event. Taste of Soul is the largest free street event in California!

On Tuesday (10/18) the Coalition was back in City Hall demanding the resignations of Kevin De Léon and Gil Cedillo. We continued to demand that no meetings be held until we get resignations, and that council members break quorum to prevent these illegitimate meetings from occurring.

Later that evening we had our general meeting in-person at LA CAN to plan and prepare for our O22 action on Saturday. We were joined by members of NOlympics, Students Deserve, Union De Vecinos, and Youth Justice Coalition. After planning the layout and speakers we created art for the event and even constructed some new chants!

On Wednesday 10/19 the Coalition held a press conference highlighting the conspiracy at play by the LAPD and the Board of Police Commissioners in manufacturing consent for and enacting LAPD Special Order 11. Our partners from Union de Vecinos and the Black Alliance for Just Immigration reaffirmed our demand that city council repeal the special order. We then participated in a direct action, taping off the entrance to city hall with crime scene tape.

On Friday (10/21) we were at the BLM-LA encampment in front of Kevin De Leon’s house to join other organizations across the city in calling for De Leon to resign.

Shortly after we were back at City Hall, continuing to hold space and reasserting our demands.

Later that evening we joined LA CAN for their regular Resident Organizing Committee (ROC) meeting. The topic of discussion for this meeting was the recent anti-Blackness exhibited in the council recording and a continuation of our discussion on Black and Brown solidarity.

previousCommunity Meeting: Collective Building for O22
nextRepeal SO11 and the Fight Against Social Media Surveillance