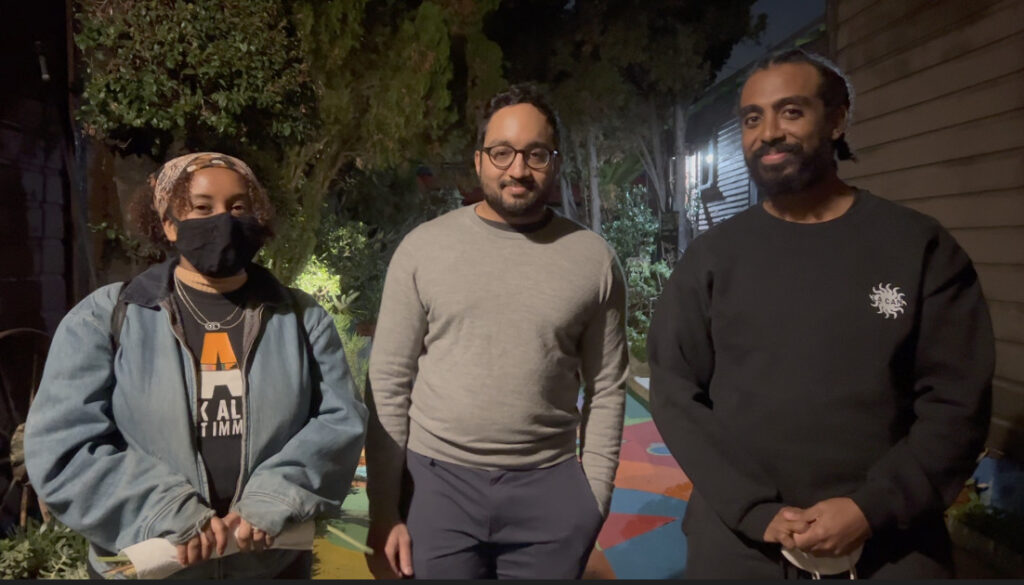 Greetings friends! Welcome to 2023! Here’s what we’ve been up to:

City council held their first meeting of 2023 with disgraced council member Kevin DeLeon still participating as part of the horseshoe. His presence, unsurprisingly, was met with protest from Black and Latino community members calling out his racism and divisive maneuvering against our communities.

At the conclusion of Tuesday’s public comment section newly elected district 1 councilmember Eunissess hernandez stood up and read a statement condemning Kevin DeLeon for not resigning after his anti-Black comments came to light. Hugo Soto-Martinez, newly elected council member for District 13 joined Councilmembers Hernandez in condemning KDL for sowing discord between the Black and Latino community.

On Tuesday’s agenda was a motion to carve out for the Covid emergency restrictions slated to end at the end of the month that would have maintained the limited tenant’s protections in place, tied to the covid emergency declaration.

Although seven council members and countless tenants were in support of the motion it ultimately failed due to 6 “no’s” from council members led by council president Krekorian. With these tenant protections gone a wave of evictions and a spike in LA’s unhoused population is inevitable.

That same morning the Board of Police Commissioners met to discuss the reappointment of Michel Moore as Chief of Police. Public comment was nearly unanimous in opposition to a renewal of his term, citing among so many failures the three killings of community members and one non-fatal shooting to take place in the first week of January by the LAPD. The Board of Police Commissioners did not vote on reinstating Moore during Tuesday’s meeting.

On Wednesday (1/11) the War on Youth work group had our first class with a group of 4th through 6th graders from Stem to the Future. The Coalition is working with youth to teach our research and organizing model in order to address a community problem of their choosing. Here’s a short video about the work we’re doing with these young revolutionaries:

On Thursday (1/12), Pete White guest hosted Radio Insurrection on 90.7FM KPFK. The topic of discussion was “The Other King” , a conversation on the history of the radical Dr. Martin Luther King Jr anchored in our fight today.  Guests included Nana Gyamfi of the Black Alliance for Just Immigration, Paula Minor and Baba Akili of BLMLA, Pastor Thomas and Pastor Cue of Clergy for Black Lives, and George “Pancake” Herod of Los Angeles Community Action Network. You can catch a recording of the show at kpfk.org/archives.

On Friday (1/13), Stop LAPD Spying and LA CAN held a day long retreat to strategize our fight for the upcoming year.