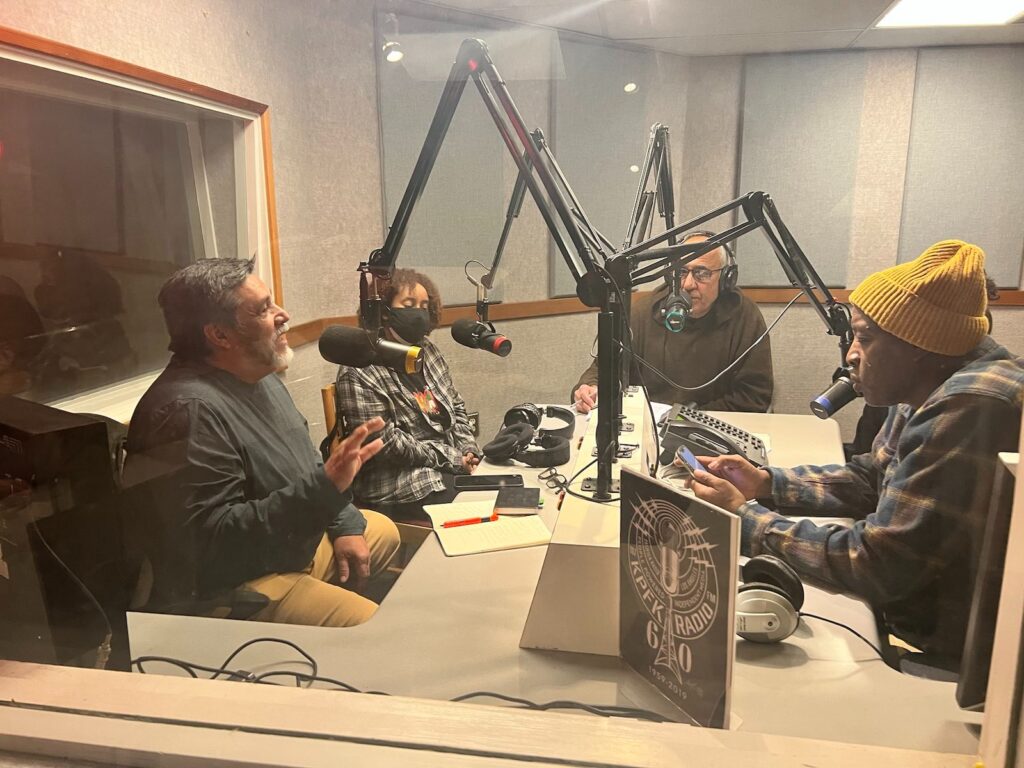 On Tuesday (11/29), we were back in city hall shouting down racist business as usual. In an escalating act of political repression, LAPD denied community members entrance into council chambers. Citing “capacity”, LAPD officers blocked the entrance and refused to communicate exactly how many people were in council chambers. LAPD proceeded to send approximately 40 cops to violently remove us from city hall. You can watch video of the entire event here:

We continued to fight back against City Council’s violent racism during the following two meetings they held that week.

You can listen to last Thursday’s recording at https://archive.kpfk.org/. Tune in to 90.7 FM KPFK on Thursday at 8am PST to catch this week’s show!

On Friday (12/2), the Coalition supported LA CAN’s last Resident Organizing Committee meeting. Community members convened to discuss Los Angeles’ new political landscape and the LAPD’s proposed Budget for the upcoming year. We also compiled a list of questions we want answered about the city’s budget, in anticipation of a City Controller who has committed to be the city’s watch dog.