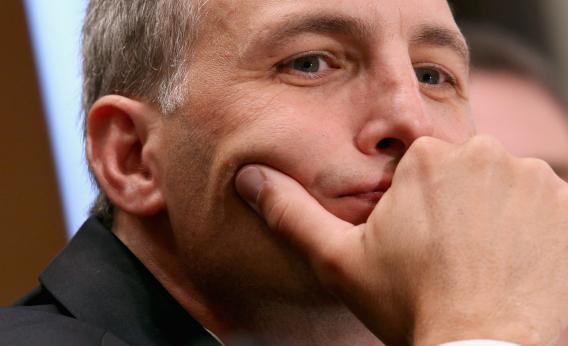 Click HERE to read the full Article on Slate.

When a former senior White House official describes a nationwide surveillance effort as “breathtaking,” you know civil liberties activists are preparing for a fight.

The Wall Street Journal reported today that the little-known National Counterterrorism Center, based in an unmarked building in McLean, Va., has been granted sweeping new authority to store and monitor massive datasets about innocent Americans.

After internal wrangling over privacy and civil liberties issues, the Justice Department reportedly signed off on controversial new guidelines earlier this year. The guidelines allow the NCTC, for the first time, to keep data about innocent U.S. citizens for up to five years, using “predictive pattern-matching,” to analyze it for suspicious patterns of behavior. The data the counterterrorism center has access to, according to the Journal, includes “entire government databases—flight records, casino-employee lists, the names of Americans hosting foreign-exchange students and many others.”

Notably, the Journal reports that these changes also allow databases about U.S. civilians to be handed over to foreign governments for analysis, presumably so that they too can attempt to determine future criminal actions. The Department of Homeland Security’s former chief privacy officer said that it represents a “sea change in the way that the government interacts with the general public.”

The snooping effort, which officials say is subject to “rigorous oversight,” is reminiscent of the so-called Total Information Awareness initiative, dreamt up in the aftermath of 9/11 by the Pentagon’s research unit DARPA. The aim of the TIA initiative was essentially to create a kind of ubiquitous pre-crime surveillance regime monitoring public and private databases. It was largely defunded in 2003, after civil liberties concerns. However, other similar efforts have continued, such as through the work of the Department of Homeland Security’s intelligence-gathering “Fusion Centers.” Most recently, Fusion Centers were subjected to scathing criticism from congressional investigators, who found that they were accumulating masses of data about “suspicious” activity that was not of any use. The intelligence being swept up, the investigators found, was “oftentimes shoddy, rarely timely, sometimes endangering citizens’ civil liberties and Privacy Act protections.”

Such sweeping surveillance efforts pose difficulties for the authorities because they can end up drowning in data, attempting to find a needle in a haystack, in the process deeming innocent people suspicious. As the Journal’s Julia Angwin notes, the risk is that “innocent behavior gets misunderstood—say, a man buying chemicals (for a child’s science fair) and a timer (for the sprinkler) sets off false alarms.” The U.S. government clearly feels far-reaching surveillance initiatives are necessary to help detect potential future terror attacks. But ultimately, in a democracy, the decision should surely rest in the hands of the American public. It is a question of balance: How much liberty should be sacrificed in the name of security? The revelations about the NCTC’s activities may be about to rekindle that debate.