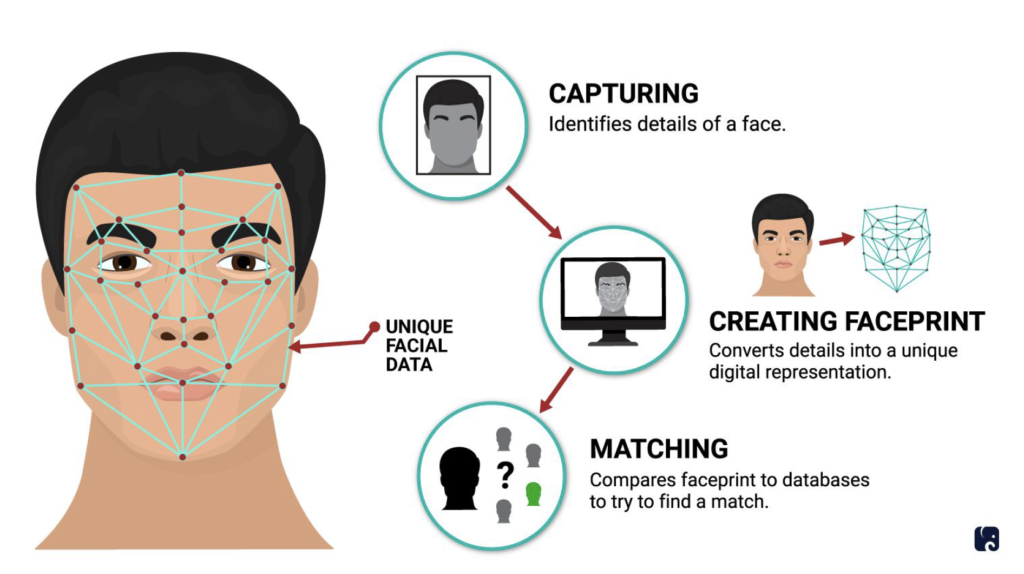 Facial recognition technology is technology that claims to identify a person using their face.

FRT systems usually have 3 components: a camera, an algorithm, and a database. FRT may also be software only.

FRT algorithms are proprietary and vary slightly but essentially work the same way: By analyzing the unique pattern of a person’s face, then comparing the pattern to other images.

LAPD Use of FRT

The Dangers of FRT

We Demand An Outright Ban of FRT by LAPD!

LAPD is seeking approval from the Los Angeles Police Commission for a new policy[17] authorizing police use of face recognition surveillance, yet we need only search recent history for instances when LAPD was exposed for breaking policy and/or state law:

Even when policy is established, mission creep is guaranteed and use expands over time, and this is by design. LAPD cannot be trusted regardless of what policy is in place, or what amount of “oversight.”

We demand an end and total ban on the use of facial recognition by LAPD. We remain committed to our fight to defund, dismantle, and abolish the LAPD and the entire architecture of surveillance.

[7] The Use of Photo Comparison Technology Within the Los Angeles County Digital Mugshot System, Dec. 2020

[17] The Use of Photo Comparison Technology Within the Los Angeles County Digital Mugshot System, Dec. 2020

previousPT 39: Police State and 2020
nextFacial Recognition Letter to the LAPC