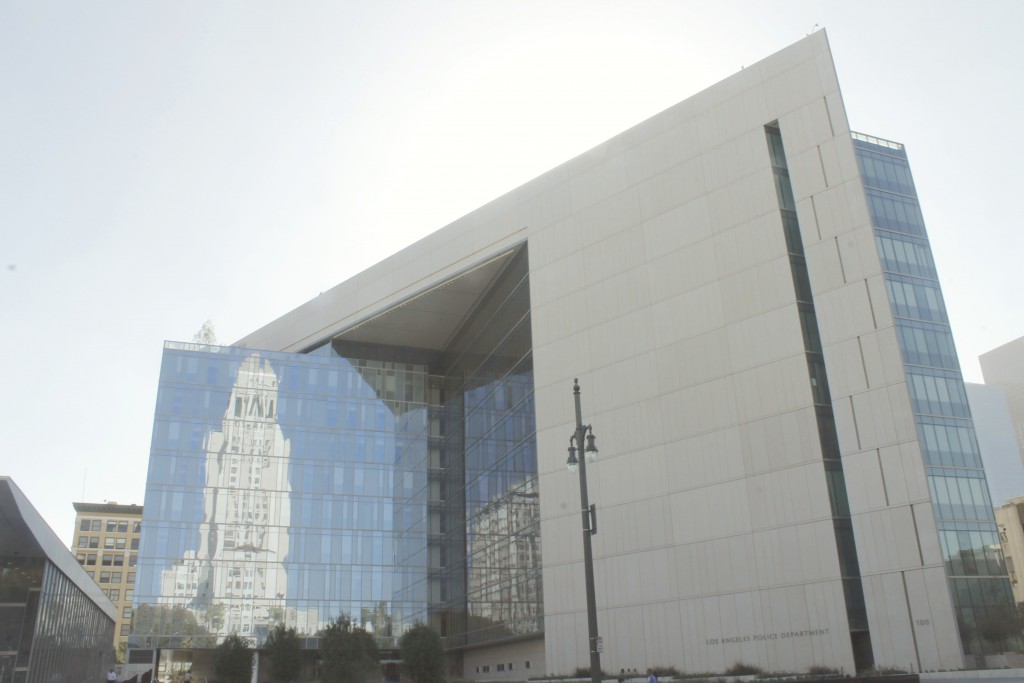 The correspondence is regarding a report and a proposed model ordinance titled “Making Smart Decisions About Surveillance” that the ACLU was in the process of crafting at the time. The emails uncovered by the coalition raise serious ethical questions regarding ACLU’s relationship with law enforcement and its role in working with communities struggling against police violence. Instead of reaching out for input from communities in the form of surveys, focus groups, town-hall meetings, consulting with community-based organizations, etc., ACLU’s Peter Bibring takes this proposed ordinance directly to Deputy Chief Downing looking for collaboration, partnership, and requesting feedback or any additional input:

The emails starting on October 10, 2014 demonstrate that ACLU reaches out to law enforcement requesting input on the model ordinance. Yet ACLU does not reach out to grassroots community organizations regarding this report and ordinance until its official release in November 2014. More specifically, the outreach to the community is not regarding collaboration and partnership but a simple request to “sign on.” This presents us with a couple of realities of backward logic. To start, the ACLU is working with LAPD to create an ordinance that is supposed to hold them accountable–the fox is asked to design the henhouse. Then, while LAPD is continually asked for input and suggestions, grassroots community groups, organizers and Angelenos are kept out the loop and simply asked to sign on and mobilize their constituents. This is a deeply problematic outlook for the ACLU. It forces communities to consider whose interest is the ACLU is really looking out for. It seems that ACLU’s leadership does not consider Angelenos’ input necessary or important. This was admitted by ACLU at the February 17th, 2015 Stop LAPD Spying Coalition monthly meeting where ACLU’s Peter Bibring acknowledged that community outreach was never conducted when writing the report. Furthermore upon thorough analysis done by the Stop LAPD Spying Coalition the “model ordinance” itself runs counter to grass root efforts to expose and organize against hyper-militarized surveillance apparatus such as the LAPD.

If the ACLU claims to be an organization at the forefront of social justice and civil rights issues, it needs to wake up to the fact that this report is not only tainted but also inherently skewed to the point of view of the powerful and, in particular, the surveillance and security complex which is perfectly happy to claim legitimation of this kind to continue to expand. The ACLU cannot play both sides – seek to be in collusion with elements of the security state AND try and represent and work on behalf of the communities which are impacted by the ever expanding architecture of state surveillance. There is no middle ground in this contradiction– either organizations allied with social justice and human rights are confronting and challenging the police state in all its forms, or the police state has created its own cheerleaders. Soft-handed support of the community in the form of model ordinances which serve to entrench surveillance policies is no less significant than full-throated police jingoism and state violence.