Join us at our Monthly Coalition Meeting

Join us for our next General Coalition meeting on Tuesday, October 21st, 6:30pm.  Participate and Plan the Community Town Hall to Keep LAPD Drone- Free.  The meeting will take place at the Downtown UCLA Labor Center at 675 S. Parkview, Los Angeles – Adjacent to MacArthur Park. 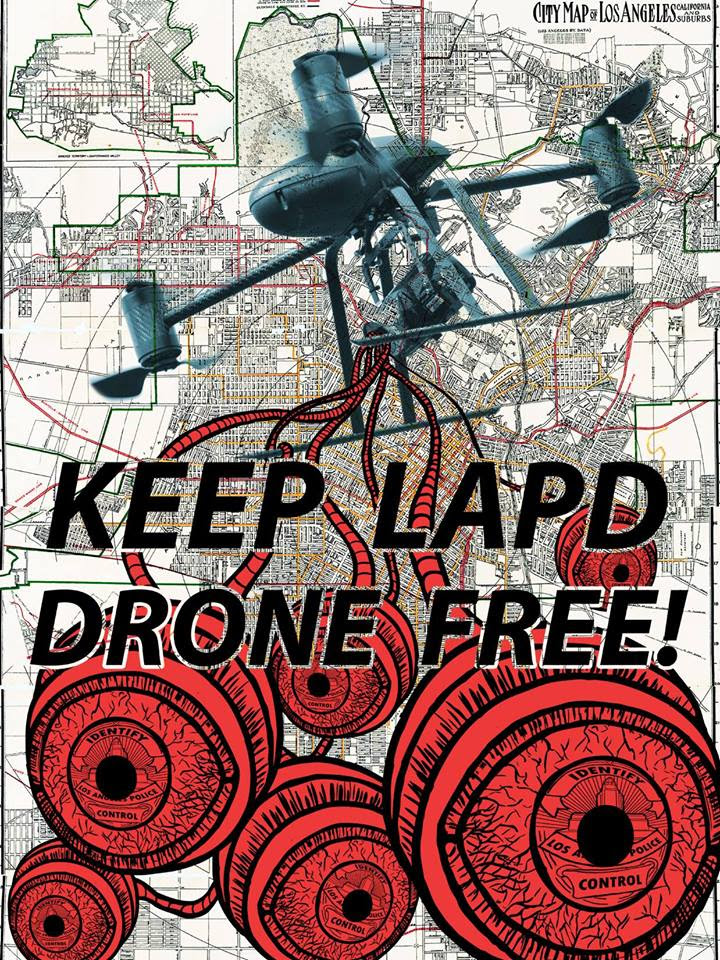 In late May 2014, the Los Angeles Police Department (LAPD) received two Draganflyer X6 drones from the Seattle Police Department (SPD).  SPD had originally bought these drones through a grant from the Department of Homeland Security (DHS). The drones, however, never got off the ground in Seattle. The drone program was stopped by the people of Seattle, who met the proposed drone program by drowning out the city’s mayor during a public hearing- “No Drones!”

If they can do it in Seattle, we can do it in LA!  Time, however, is of essence. OnSeptember 15th LAPD released a press statement announcing the Drones are now in the hands of the Board of Los Angeles Police Commission’s- Inspector General Alex Bustamante.  LAPD is also making claims that they will start community outreach and control the public hearings. It is obvious that LAPD is too biased of an entity to seek public opinion and therefore a community driven town hall is essential. Join us for a Community Town Hall to Keep LAPD Drone-Free

Now more than ever, issues of police corruption, brutality, and surveillance are at the forefront of our national dialogue.  Just this week we saw further evidence of rampant corruption in the LA Sheriff’s department which toppled Lee Baca’s career and sent several officers to federal prison. We also see the LAPD tying itself to corporate profits through private charities in an effort to obscure its use of surveillance technologies.  This same department has recently been caught lying about staffing.  And now, a serious question is posed: Can such organizations be trusted with drones capable ofspying on your back-yard barbeques?